At the start of the year, I shared part 1 of my Sydney trip with my sister. I mentioned there that I went back but the second time around I was by myself. Today’s post will be all about my second trip where I explored the northern part of Sydney such as Manly and Dee Why.

It’s a long story why I went to Sydney twice back in December. As tiring as it was flying back and forth over the ditch in a span of two weeks, I’m glad I did it because I had such a great time. This was my first overseas trip by myself and I would totally do it again.

I was lucky that I was able to stay at my ex’s family friend’s house in Curl Curl, which is a suburb in northern Sydney. Although I was in Sydney the week before, my sister and I never ventured too far from Mascot and the CBD so this was a completely new place for me to explore and discover.

To get to where I was staying, I had to take the Manly Ferry which dropped me off at the Manly Wharf. There are two types of ferries that will take you to Manly. There is the normal Manly Ferry but there is also the Manly Fast Ferry. I took both on different days and the Manly Fast Ferry is about 15mins faster than the other. I can justify the cost because if you’re in a hurry, the faster one is the way to go. I missed the fast ferry on my last day and the normal ferry felt like turtle speed. 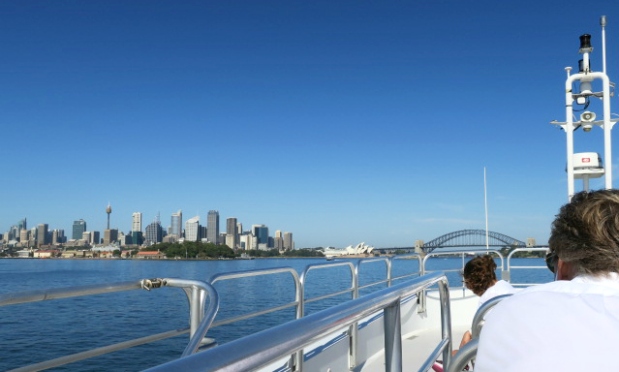 The Manly Fast Ferry is much nicer too and the deck above is pretty awesome. This was one of my favourite moments during this trip. I loved listening to the ferry speed by and just basking in the sun while enjoying the beautiful Sydney harbour.

The ferry as per the others drops you off at Darling Harbour and where my adventure through town started every day.

In all honestly, I loved Melbourne more in terms of how the city looked and how old buildings mixed with new buildings. The architecture in Melbourne is on a different level but Sydney wasn’t too bad either. 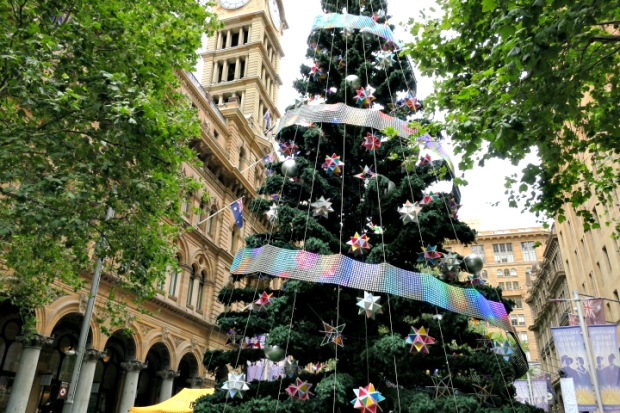 As I was there in December, (actually a week before Christmas) so the Christmas tree in St Martin’s Square was up and it was pretty busy.

I didn’t explore too much of the city as I didn’t have enough time. I wanted to go to the museum as my bus drove past but I was only there for a couple of days.

In terms of shopping, I went back to the Birkenhead Point Outlet Centre (left) for more bargain shopping. On the right is Westfield Warringah Mall where I went on my last day. It was a last minute decision but I realised it was a quick bus ride from where I was staying and I heard it’s a nice mall.

So if you’re ever up north, the Westfield Warringah Mall is great for shopping.

When I was done being in the city and shopping, I had a more relaxing time walking along Manly wharf/beach and Dee Why.

The Manly Wharf ferry terminal is quite nice. There is a gelato place, a lolly pick and mix in the middle and a few more food places. 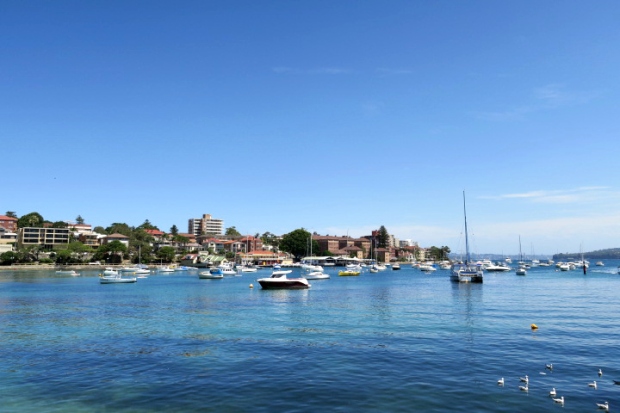 This is from Cabbage Tree Bay just east of the ferry terminal. As it was summer, the beach was packed. Everyone was in their togs/bikinis and I swear everyone I saw in Manly was gorgeous. 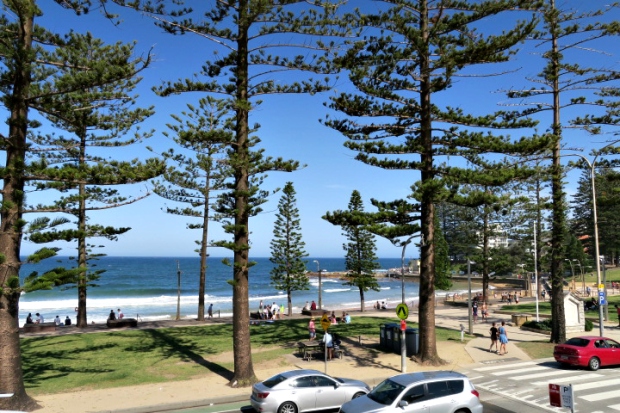 One of my favourite parts of the trip was chilling out by Dee Why beach though. Thankfully it was walkable from where I was staying so I spent a couple of hours by the beach.

It was a beautiful summer day and this beach was not as busy. 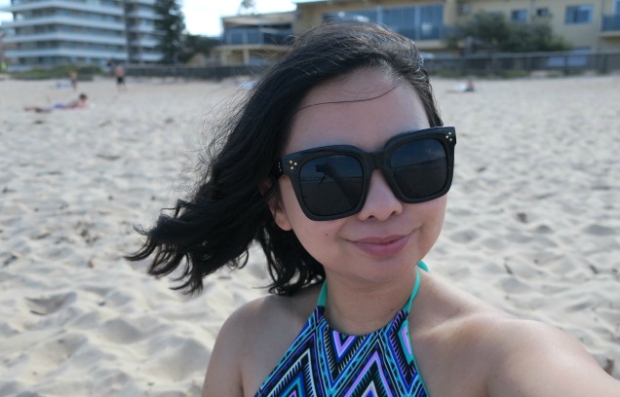 I loved how the sand was fine compared to the shelly beach I’m used to back in Auckland. I actually had a nap by the beach as it was so relaxing just listening to the waves. My bikini top is from Kmart by the way. 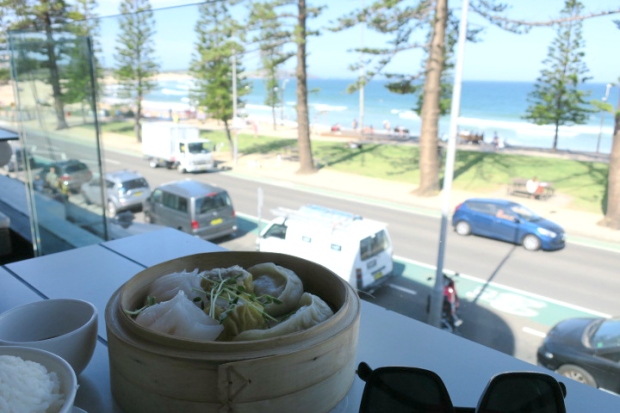 Before I lied on the beach, I grabbed some lunch at Wockbar which is an upper level restaurant that overlooks Dee Why. I had some dim sum as I was missing Asian food. 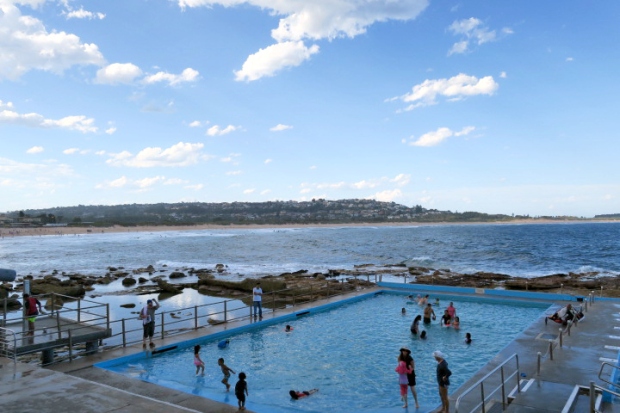 Dee Why also has these rock pools. It looked really cool but I didn’t go for a swim. 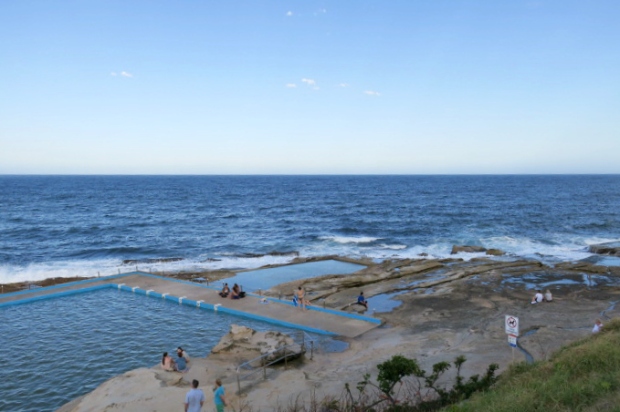 The view was beautiful and I actually didn’t want to leave. 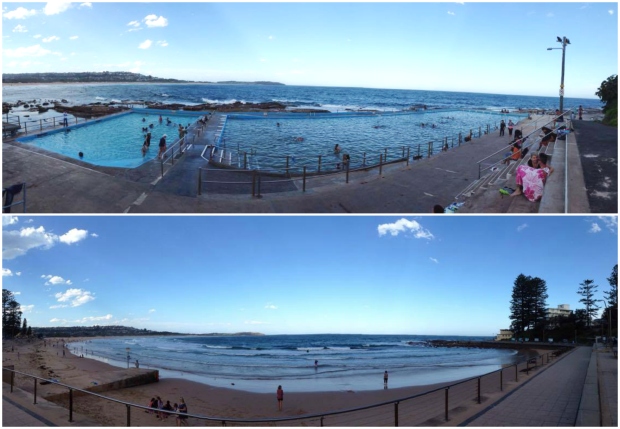 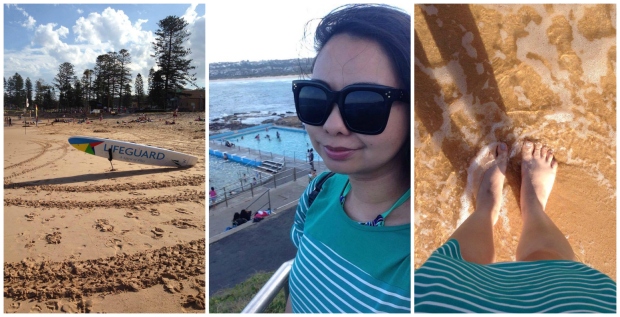 And just like that, my trip was over. I only had a few days in Sydney but I had an amazing time. This trip made me realise that I can travel by myself without a worry. I actually enjoyed it because I didn’t have to wait for anyone or check on them if they want to do what I wanted to do. Being alone in a foreign place is quite freeing.

Funnily enough, I got a fortune cookie from Wockbar and when I opened it, my fortune said “A thrilling time is in your immediate future”. It was absolutely correct because a week later was when my world changed (as per this post). It seems like this trip was foreshadowing for me.

Travelling with my sister for the first part and by myself on the second were amazing and I have memories that I’ll have for a long time. Both trips really didn’t go as initially planned but I think it actually ended up for the better.

I definitely miss Sydney and there is so much more to see. I hope I’ll get to come back sometime soon and please let me know your Sydney recommendations down below.

Gotta love these long weekends spent enjoying the sunshine ☀️
I think one of the pros of my new job/office is how much closer I am to @thechurchillakl. I love gin and they have a great selection. Tonight I got the @scapegracegin, @eastimperial tonic with cinnamon and peach. Yum!
My favourite view in my house. I took this photo this morning. I love how the morning sun hits this part of the house and gives this area a golden glow. Also, I finally got my hands on a Philodendron Minima (too right on the shelf) and I am so happy it’s in my collection now. ❤️