If you love fried chicken and live in Auckland, you would’ve probably heard about the Fried Chicken Festival that happened last weekend. This was my first time going so I wanted to document and share my experience. The tickets were limited so if you had FOMO and was wondering how it was, continue down below. 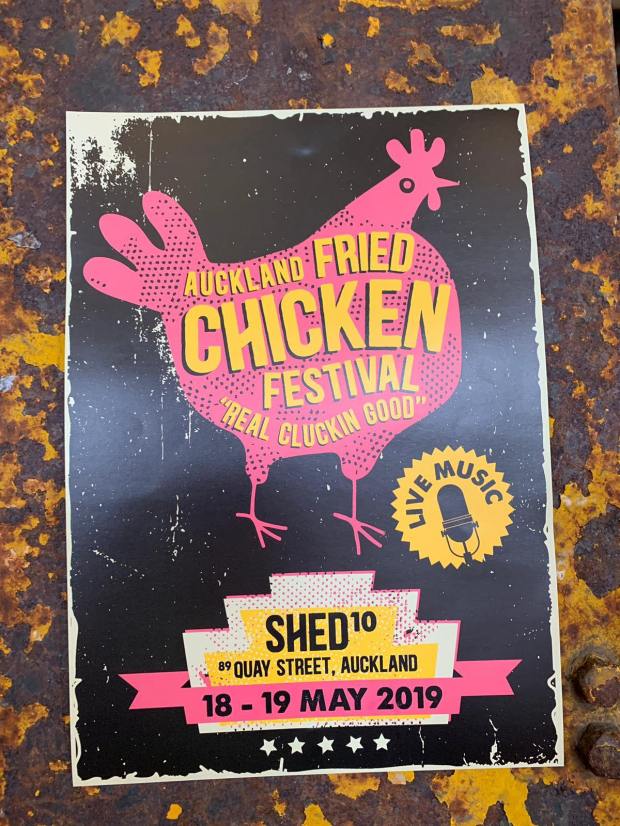 The Festival was over two days and had two sessions each day: 11:30am -3:30pm and 5pm-9pm. The Saturday sessions sold out pretty quickly so we ended getting tickets for the Sunday 11:30am-3:30pm session. 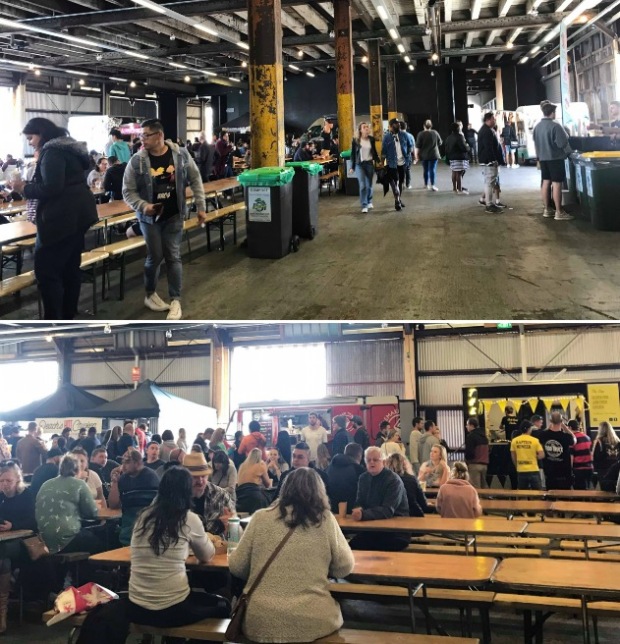 The Festival was at Shed 10 this year which a much bigger venue than La Cigale in Parnell last year. I think Shed 10 was a great location for it. There were heaps of tables and space between the food trucks. We were there before the door opened so it wasn’t too busy.

I can’t exactly remember how many food trucks/stalls were there but I think there were about 20 different ones. Most of them sold fried chicken because it is the fried chicken festival after all but there were also Double Dutch Fries, Lalele Organic gelato, Pie Piper and Behemoth Brewing for drinks. 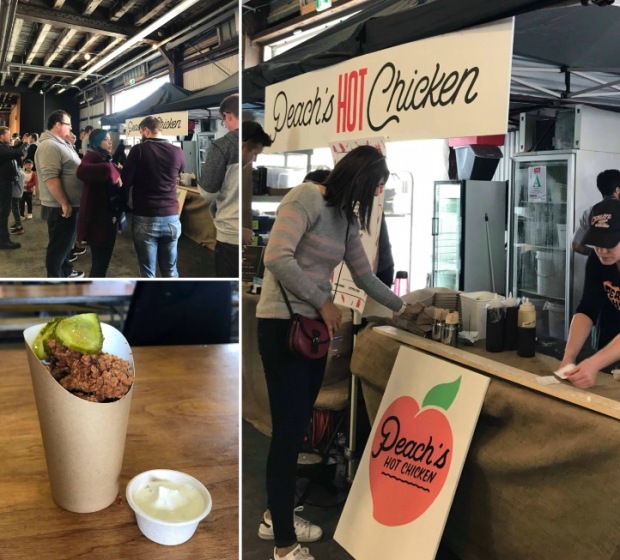 Our first stop was Peach’s Hot Chicken. They’re the most popular stall there. They only had two options on their menu that day: popcorn chicken ($13) and chicken and waffles ($15). 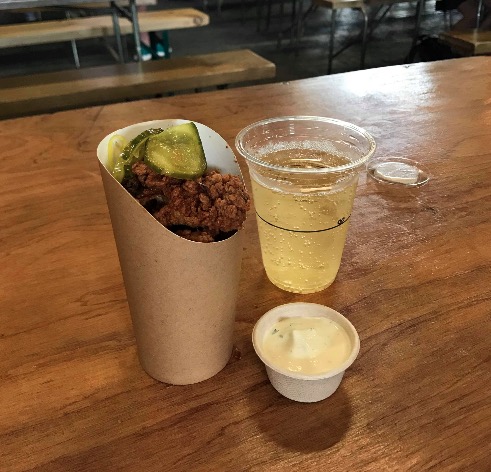 It was my idea to get the popcorn chicken (in mild plus spice level) because I thought we’d get too full if we opted for the chicken and waffles. I have no regrets though because their popcorn chicken did not disappoint. I don’t know how they do it but the skin is so crispy and the chicken is perfectly seasoned. They sure know how to make great fried chicken. 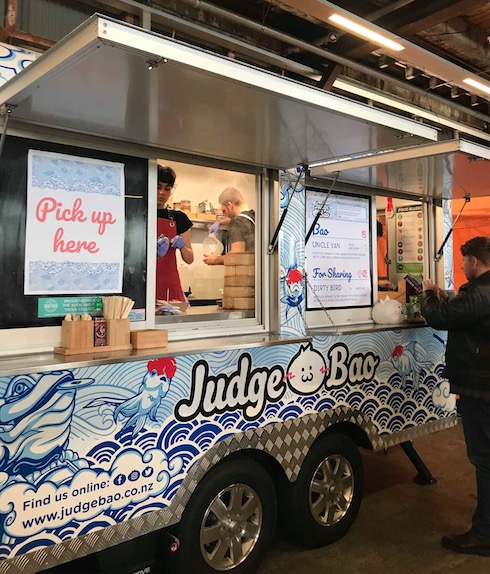 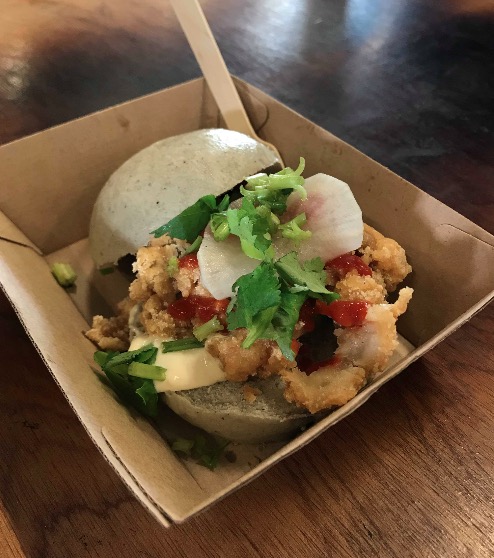 This was the Uncle Yan which had Bostock organic and free range fuyu fried chicken with corn mayo, sriracha and daikon pickle on a bao bun. This was also pretty good although not as crispy as Peach’s. I did like the bao as I can tell it’s not just store bought/frozen. Judge Bao makes their baos in-house, handmade from scratch.

After roaming around we opted for LOWBROW. 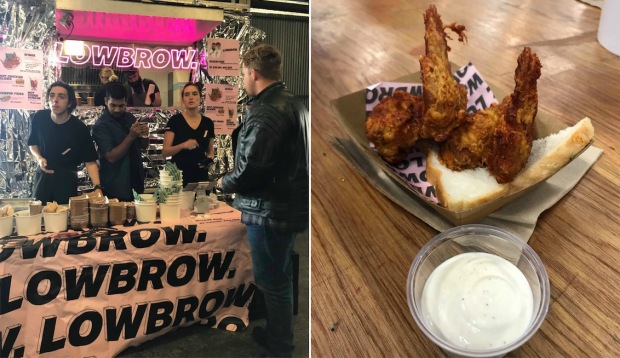 We got just the two piece of the wings because the bucket would’ve been too much. I thought there should’ve been a middle option. It jumped from 2 pieces to 10. This chicken was alright but I didn’t think the small piece of white bread was necessary. Did anyone actually eat them?

Our last chicken order was at Just Chicken: 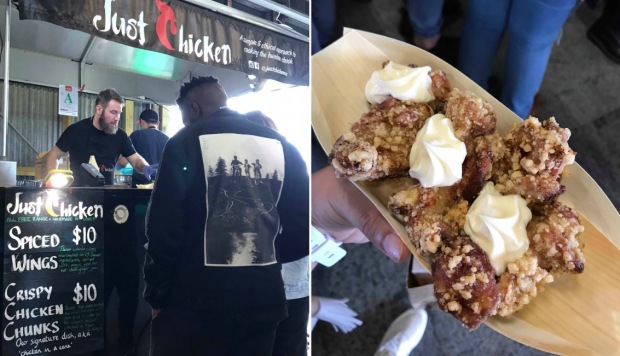 We got the Crispy Chicken Chunks ($10) which is apparently their signature dish. This was also good, similar to karaage chicken. The man who served us was quite nice and told us that this year’s location was much better than last year’s.

After all the savoury chicken dishes, it was time for dessert and thankfully The Pie Piper & Doornuts was there for those who were craving something sweet. 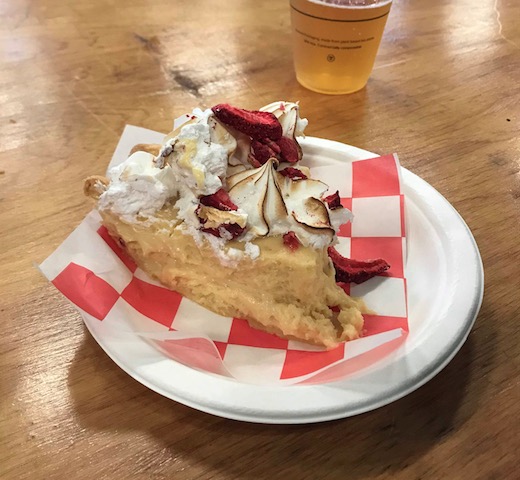 This was the Kia Ora Lime pie which is their version of the American classic key lime pie. This was great and I’d gladly order this again. The crust was flaky and it’s topped with toasted passionfruit Italian meringue. YUM. It was a great end to our first Fried Chicken Festival food adventure.

If I had to choose a favourite from everything we tried that day, I’d go for Peach’s Hot Chicken. They’re that good and the long lines was a good indicator that everyone wanted them too. If you ever see them around, line up. I think they’re worth it.

If you want to try Peach’s, they’re actually going to be in Beerspot in the North Shore from the 27th – 31st of May. The first time I ever tried their burger was at Beerspot.

I feel like it’s been the longest week ever but I’m so excited it’s the weekend. The @friedchickfestakl is on and I can have @peachs_hot_chicken again! 😍 This was a few weeks back when they were at the @thebeerspot.

If you want to know where the other food trucks are at in Auckland, I recommend you download the Auckland Food Truck Collective app.

Will I go again next year? Yes. I love fried chicken and the vibe was cool. There was live music and good food. 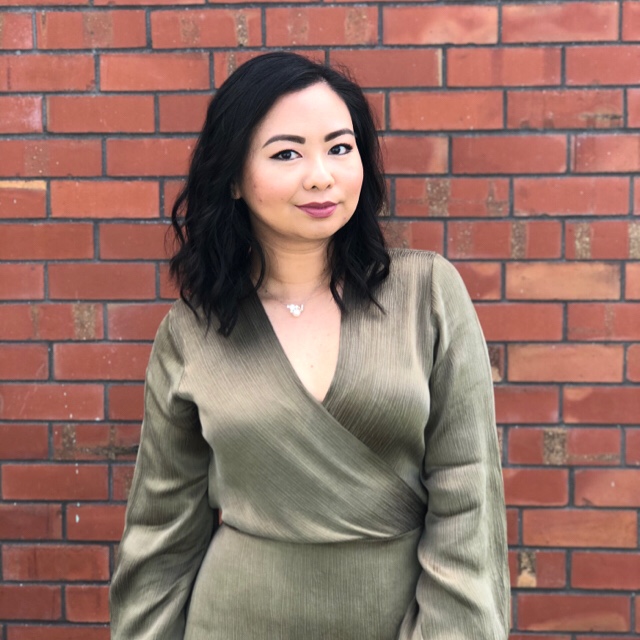