Yesterday afternoon, I attended the launch for the Auckland Seafood Festival thanks to the awesome people at Zomato. The launch was before the festival opened to the public and it gave us a great insight of what the festival is all about, what it is trying to achieve and what will be on offer during the festival.

I love seafood so I had great pleasure trying some of the best seafood on offer. If you’ve bought tickets and want to know what to expect in the next few days, read more below. If you haven’t bought tickets but you’re considering going, then this may persuade you.

Let’s start with the location. Every year, the Auckland Seafood Festival is at the Viaduct Events Centre so you’re close to the waterfront and have a great view of the harbour. 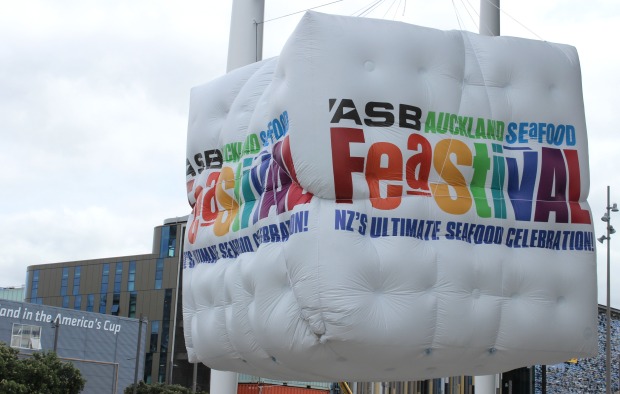 You won’t miss it since there’s this hanging sign at the front of the building.

Moving on to the launch, a bunch of people from media, sponsors and representatives were present. 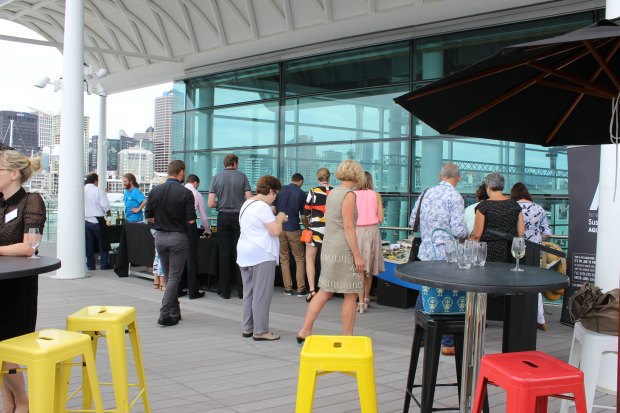 Thankfully I wasn’t the only blogger there because Tiffany from Heartshrooms was also invited by Zomato.

There was a great display of fresh seafood for us to try. It was a beautiful selection of fish and oysters.

I love fish so having a selection of sashimi was perfect for me. There were three different kinds of oysters available too and although I’m not a fan of oysters, I actually tried it. I didn’t hate it this time but maybe because it’s fresh and from the best. There were also some paua or abalone.

My absolute favourite was the salmon. Just look at that colour! It was so fresh and nice and did not have a fishy taste at all. It was beautiful.

There were also some cured salmon and some salads that went really well with all the seafood. Chef Martin Bosley was also present in the launch and before we dug into the food, he explained all the different types and how they were presented.

This was just one of my plates of food. They gave us these boats but we all seriously needed bigger ones as we had to go back a few times.

Once we were full, we were able to enjoy the view from the upper level and see the layout of the Auckland Seafood Festival. 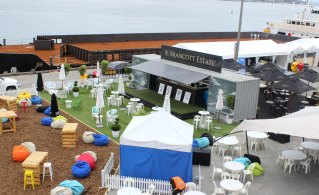 I didn’t go last year but I went the year before that so there’s definitely a change in layout from when I last came. There’s a stage on the left side for live music. 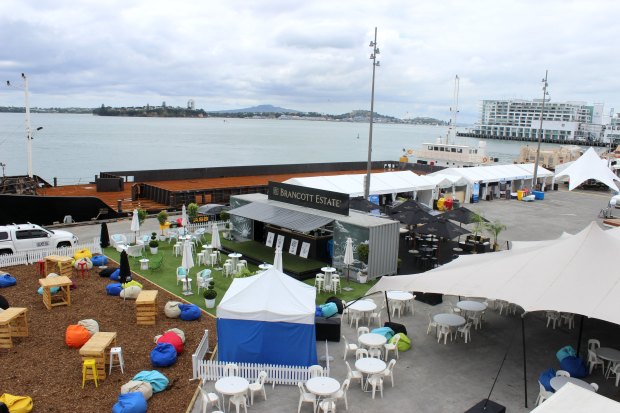 Towards the right are the food stalls. I like the layout because there’s plenty of seating and shade as well. Inside the Viaduct Events Centre are more seats and Auckland Seafood School Electrolux Cooking Theatre where you can watch food demonstrations.

I think this is a great yearly event and I recommend it to any seafood lover out there. There will be something for everyone’s tastes. I’ve had a browse at the menu and I’m eyeing a few things for when I properly go back later today.

You can check out the full menu here but I was pretty interested in some of these.

I love prawns so I’ll definitely be trying Taco Loco. I also have an obsession with calamari so I’d be hunting that down later!

Besides food, there will also be entertainment from NZ artists. Later on tonight, Anika Moa, Tiki Taane and more will be performing.

It’s a good deal overall. The ASF opened last night but it will be going until Monday.

Here’s some of my tips if you plan on going:

If you haven’t bought tickets yet, you still have time and I recommend you head over to the city for some good food.

Today (Saturday) there are two sessions: 11am – 4pm and 5pm – 10pm. On Sunday and Monday, you can go between 11am – 4pm. It’s also Auckland Anniversary Day on Monday so if you go at night, there are other events around the city and some fireworks.

Lastly and unrelated to food, I want to share my outfit of the day. The lovely Tiffany offered to take photos of my outfit.

I didn’t actually plan on it since I came straight from work but I rarely get other people to take photos of me so I obliged. I know she’s good with the camera too. 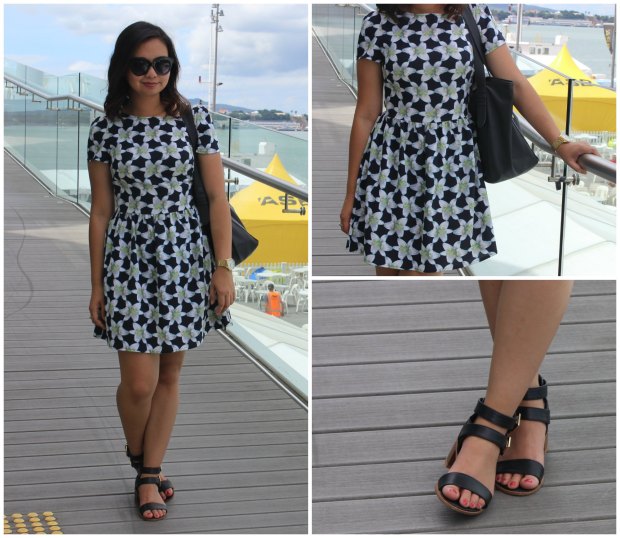 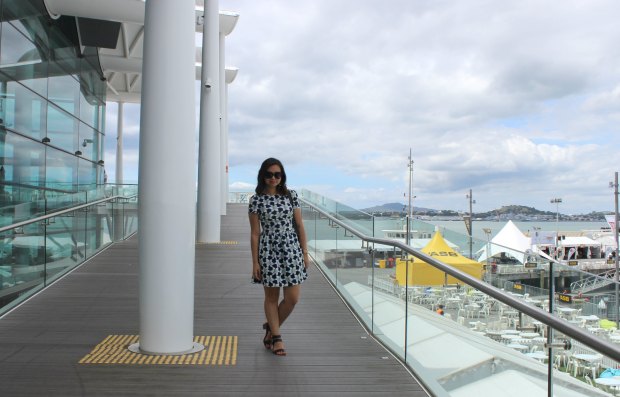 Thanks again Tiffany for taking my photo!

That’s about it for this post. Sorry it turned into a fashion post at the end but I didn’t want to waste my outfit shots! Haha.

I plan on coming back to the ASF tonight to properly try the food at different stalls so if I manage to take enough photos, I’ll probably write another post about the actual event as this post is just the launch. This is more of a sneak-peak/what you can expect during the Auckland Seafood Festival.

Note: this post is not sponsored by the ASF or Zomato. However, I was kindly invited by Zomato and was given tickets to the festival.